Another form of the destructive behavior of mankind connected to the vulnerability of glass involves burglary, vandalism, and social unrest (looting, etc.).

Although national statistics indicated that burglary in the U.S. has shown a slight decline in recent years, the incidence and dollar loss from such crimes is still very significant. In 1998, 2.3 million burglaries were reported. Nearly 67% of all burglaries occurred in residential settings, with the remaining 33% listed as commercial. One-third of all illegal entries occur through broken windows.

In the commercial area, the “smash and grab” type of theft is a popular form of theft. This is particularly true for retail shops that display merchandise in a front window setting. Individuals use blunt instruments to break the glass, or they throw items through the window. Once the glass is broken, the thief grabs what he or she can as quickly as possible and departs the scene rapidly. Several Blockbuster video stores in the Miami area had huge numbers of video copies of the popular movie Titanic stolen in quick store break-ins after hours.

The preventive benefit of Safety Film is that the film forms a barrier that delays penetration of the glass. If the glass and film is penetrated, the opening created is normally confined to the size of the device used to create the opening. It is therefore difficult to gain easy and immediate access, requiring more effort and noise by the perpetrator. It is an accepted fact that most burglaries depend on stealth and speed. If the burglar’s initial efforts are met with a degree of resistance as a result of the presence of Safety Film, the individual will usually quickly give up and move elsewhere. 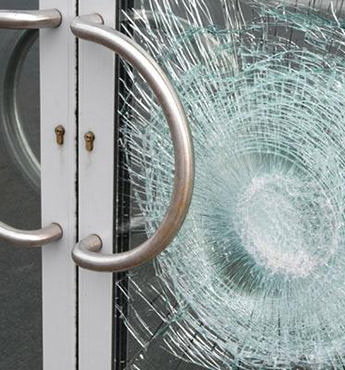 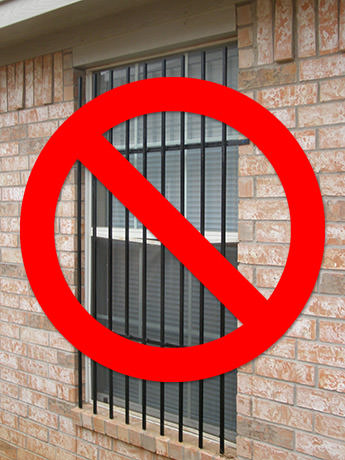